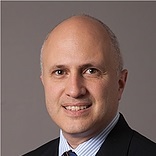 Eric Cohen, Managing Director, has specialized in Insurance, Benefits, and Financial Services since 1988. He received his Bachelor's Degree from Yeshiva University in 1987 and his Certificate in Financial Planning from New York University in 1992. In January 2007 he developed the Business & Personal Financial Optimizer System and won a National Award for Consumer Education from NSACE. Eric is an experienced contributor and speaker and has appeared on Fox News "Fox & Friends Show" as an insurance expert several times.